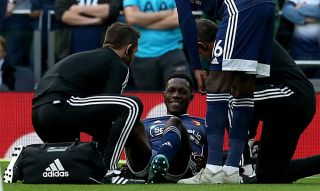 Welbeck suffered a serious hamstring injury early on against Tottenham while Holebas received his fifth yellow card, so must serve a one-match ban.

Defender Daryl Janmaat is expected to feature after being substituted at Spurs, while Sebastian Prodl, Etienne Capoue and Isaac Success are all back in first-team training. Captain Troy Deeney is recovering from knee surgery.

Wales midfielder David Brooks is stepping up his recovery from a pre-season ankle injury.