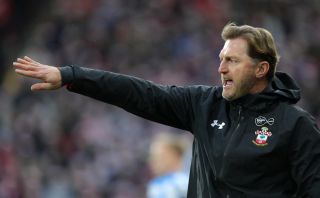 Southampton boss Ralph Hasenhuttl feels football cannot afford to minimise the impact of concussion, but accepts the sport demands players to be brave and “go with your head where it hurts”.

Tottenham are waiting for an update on defender Jan Vertonghen before deciding if he will be available for Saturday’s Premier League match against Bournemouth.

Belgian international Vertonghen saw a neurologist on Thursday after suffering a head injury during Spurs’ Champions League defeat by Ajax.

The way Vertonghen’s injury was handled has been criticised, with calls for a change in football’s concussion protocol rules.

Hasenhuttl believes the evolving dynamic of the sport has seen players become more susceptible to head injuries, which must always be handled with the proper care.

“It is a very dangerous situation if with concussion you want to continue playing,” Hasenhuttl said.

“The slogan is ‘go with your head where it hurts’, that means we demand them to be brave and go into the duels.

“The game gets more dynamic every week and every year, maybe that is why these injuries are getting more and more.

“But we have to pay attention really because it is something which you do not have to minimise – it is a massive injury you have if you get a hit on the head.”

Hasenhuttl added at a press conference broadcast by the club: “That is something you cannot avoid completely because you have to go into the duels and the headers.

“In the earlier stages (years of the game) players had to head a much heavier ball than they do today, but we have more duels in the air now, which means you have more situations where you can hurt.”

Hasenhuttl confirmed defender Jannik Vestergaard will not feature again this season as he continues to recover from a groin problem.

“Jannik Vestergaard, the season is over because he has a small issue and that means we must change the team a little bit, like in the last game,” Hasenhuttl said.

Hasenhuttl hopes some of Southampton’s fringe players will step in to help fill the void for the final two matches of the campaign at West Ham and then home to relegated Huddersfield.

“A few have not played too much in recent weeks but they have a chance now to play from the beginning and show up in the training sessions,” the Saints boss said.

Austrian Hasenhuttl wants the club to end the campaign with plenty to look forward to, having completed what looked a tall order to keep them up when he came in at the start of December.

“We are happy, we worked very hard to stay in the League. We came from a very difficult position,” Hasenhuttl said.

“It is fantastic we are safe and it is like a re-start, a new start. For the future, doing it better is the important thing.”