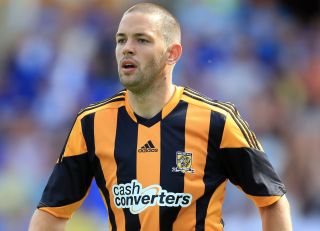 Fryatt, who has scored twice in five appearances for the Championship club since moving in September, will now remain at Hillsborough until November 30.

The 27-year-old's most recent goal came against Barnsley at Oakwell on Saturday, as Wednesday extended their run of league draws to four with a 1-1 stalemate.

However, Wednesday are the only side in the Football League without a league win this season, having scored just 12 goals in as many games.

In a statement on their website, the Premier League outfit explained: "(Wednesday manager) Dave Jones has been keen to extend Fryatt’s stay at Hillsborough and he will now remain with Wednesday until November 30th."

The extension keeps Fryatt at the club for a further four league games, starting with the home fixture against Reading on Saturday.

Former Leicester City man Fryatt only made two starts for Hull last season, spending much of the campaign recovering from an Achilles injury, and has failed to register an appearance in the top flight for Steve Bruce's side this term.