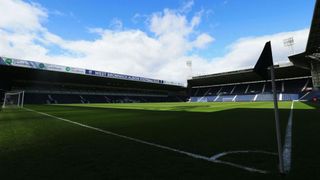 West Brom chairman Jeremy Peace has announced the party previously interested in buying the Premier League club will not be investing.

Peace - whose company West Bromwich Albion Holdings owns the majority share in the club - granted the unnamed party exclusivity in negotiations to purchase shares at The Hawthorns.

However, those talks appear to have broken down, with Peace expressing his frustration at the lack of development as he looks to sell his interest in the club.

In a statement the chairman said: "I have today brought to a close the period of exclusivity announced on July 3 and suspended negotiations with the interested party involved over the sale of West Bromwich Albion Holdings Ltd.

"I entered into an exclusivity arrangement in good faith after agreeing terms for the sale but it is now clear to me that this potential purchaser is unable to fulfil the terms of that agreement at this time.

"The club's long-term stability and continued development is of paramount importance and I am not satisfied that the interests of West Bromwich Albion would have been best served by my continuing discussions at present.

"It is true that both before and since the exclusivity announcement was made, other parties have expressed strong interest in a purchase of the club and therefore that process remains ongoing."

Peace went on to reassure Albion fans the delay in any possible sale would not have an impact on Tony Pulis' preparations for the new campaign.

He added: "This is a period in which there is always an understandable impatience for new signings to strengthen our squad and nowhere is this pressure more keenly felt than at board level.

"We have been busy pursuing transfer targets with the determined intention of helping our head coach Tony Pulis assemble a squad which he can take into the new Premier League campaign with optimism."