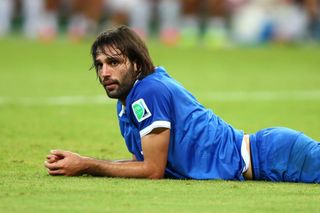 The 29-year-old saw his contract with Scottish champions Celtic come to an end last season after six years with the club.

Prior to his switch, the rangy forward spent time at Heerenveen in the Eredivisie before a spell at Manchester City in the Premier League.

West Brom coach Alan Irvine has brought in a host of new players over the close-season but only one striker in the form of Brown Ideye.

Ideye is part of an attacking set-up that includes Victor Anichebe and Saido Berahino, but Irvine remains eager to bolster his options in that area before the transfer window closes on September 1.

Speaking on Thursday, the Scot said Samaras was "among a group of players" the club had made enquiries about.

West Brom face Southampton on Saturday, having picked up a draw against Sunderland on the opening weekend of the Premier League.