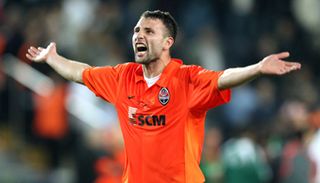 The left-back joins on an extendable one-year deal after his contract at Ukrainian champions Shakhtar Donetsk came to an end.

The 31-year-old has 88 caps for Romania and won seven Ukrainian titles as well as the UEFA Cup during his time in Donetsk.

"I'm hugely happy that we've got a player of his experience and his character," West Ham manager Sam Allardyce said on the club website.

"He's been playing Champions League football this year and at the highest level for many years. Shakhtar had offered him a very good contract, but his ambition was to come and try his abilities and skills in England.

"When you hear somebody speak so positively about that, then you know they've got the mental character that's needed to do well in this division."