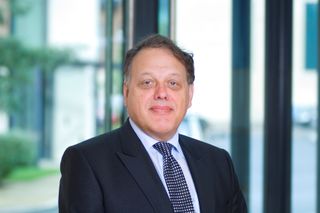 Administrators have requested a meeting with the owner of Wigan, Au Yeung, to explain the circumstances which led to the current crisis at the club.

Next Leader Fund, led by Yeung, took formal control of the Championship side on June 4. Twenty days later Yeung’s legal representatives set in motion the process to appoint administrators which was confirmed on July 1.

The move has wreaked sporting and financial havoc on the club. They face a 12-point penalty, which administrators confirmed on Tuesday they have appealed against.

Off the pitch, administrators announced 75 redundancies have been made so far among football support staff and general support staff. The UK-based directors, chief executive Jonathan Jackson and executive chairman Darren Royle, have also been made redundant but are working for free to assist with selling the club.

Joint administrator Gerald Krasner said he and his partners had gathered some information regarding the events which led up to administration, but now wanted to hear from Yeung.

“I am hopeful that although no powers to force them to come to an interview, he would want to do his best for the football club, and with some gentle persuasion will agree to that interview.”

Krasner would not comment on whether there would be a police investigation into the circumstances around the administration process, but said it would not hinder the sale of the club.

“We are currently working with our longstanding advisers KPMG and talking to external parties.

“Our intention is to identify other investors quickly and start due diligence on the football club with the intention of making a bid in due course.

“We have made the administrators aware of our interest and hope to explore this with them further over the days ahead.”

“For the away games that will pay for the coaches, the hotels, for the home games it would pay for the doctors, the ambulances, any other requirements we need at games like stewards or the police,” Stanley said.

“Even down to putting petrol in the lawnmowers to get the pitches mowed.”

The administrators met with local MP Lisa Nandy on Tuesday. She has called for a full inquiry into the circumstances around the administration and has asked the EFL to rescind the points penalty.