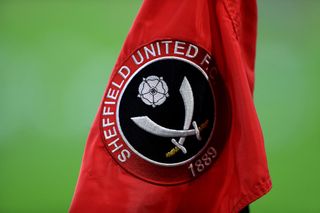 Sheffield United boss Chris Wilder said he was relieved a long-running High Court battle for control of the club will soon be over.

A bitter dispute between joint owners Kevin McCabe and Prince Abdullah will be resolved in the High Court on Monday when Mr Justice Fancourt will deliver his verdict on the club’s ownership.

Prince Abdullah, a member of the Saudi royal family, invested £10million in the Blades in 2013, but when McCabe activated a clause with an offer to buy out his co-owner for £5million in December 2017 the two parties fell out.

“Everybody wants it settled. I imagine both the owners do,” said Wilder. “They want it settled. It’s disappointing it has come to this from their point of view more than anybody’s.

“When I’ve asked to be backed, I have been. When I’ve pushed to always improve the football club, on and off the pitch, they have supported me in their ways.

“But really for a club to move forward it has to be united, on the pitch, which obviously it is, and off it.

“So it needs to be settled and hopefully it will be on Monday.

“But my main process has always has been preparing the side for the next game and that is another huge one on Saturday afternoon.”

The Blades return to Bramall Lane against Southampton, who released Wilder as a young player.

Despite the legal battle, Wilder has kept the Blades on a sharp upward curve since taking charge in May 2016 and they will look to build on their impressive start to their first season in the Premier League since 2006/7.

They have collected five points from their first four games after fighting back from 2-0 down at Chelsea in their last match to draw 2-2.

“I believe we’ll grow into the division and get better and better,” Wilder added.

“From a points point of view we’ve deserved everything we’ve got. I don’t think we’ve nicked anything.

“It’s been a pleasing start from a lot of aspects, playing-wise, in and out of possession.

“We take confidence from it of course, but we’re the type of club who are not looking back, we’re looking forward to the next challenge and we’ve got a big one on Saturday.”

Wilder will check on David McGoldrick (shoulder) and Callum Robinson (hamstring), who both returned to Sheffield early after featuring in the Republic of Ireland’s recent win against Switzerland.