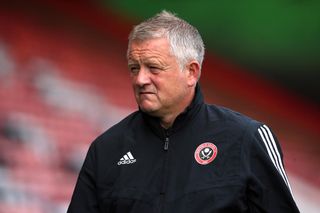 Phil Neville, head coach of England Women, responded by calling for the “football community” to stay away from social media for six months to force action, while United defender Harry Maguire was among those calling for stricter verification of Twitter and Instagram accounts.

Disgusting. Social media need to do something about it… Every account that is opened should be verified by a passport/driving licence. Stop these pathetic trolls making numerous accounts to abuse people. @Twitter@instagramhttps://t.co/bzow073aTw— Harry Maguire (@HarryMaguire93) August 20, 2019

A one-day boycott was successfully organised in April by the Professional Footballers’ Association after a previous spate of incidents but Wilder, speaking ahead of his side’s Premier League game against Leicester on Saturday, is sceptical about Neville’s proposed response.

“There’s been talk of a boycott but I don’t think that will happen,” he said. “It might happen for a day or two but (social media has) become so much a way of life and it’s here to stay.

“It’s more down to those who regulate it to do something about it.

“I’m not on it and I stay a million miles away from it. I don’t feel like I need to promote the Chris Wilder brand!

“I read newspapers rather than use social media, although I see the benefits of that worldwide and I get it. But I’ve never got to grips with it.

“Obviously the negative side of it is that it allows people to abuse other people from behind a desk, miles away.”