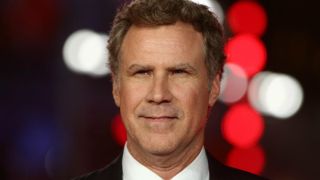 From Hollywood to MLS. Football in the United States will have a further sprinkling of stardust from the 2018 season after celebrity Will Ferrell was confirmed as co-owner of new franchise Los Angeles FC.

Los Angeles, who will join MLS in two years as a replacement for Chivas USA in rivalry to LA Galaxy, unveiled their logo and team colours in a news conference at Union Station on Thursday, but all the attention surrounded one high-profile actor.

Kind of a big deal on-screen, Ferrell - an Emmy and Golden Globe nominee after starring in films such as Anchorman, Step Brothers and The Other Guys - was included in an LAFC ownership group, featuring former women's FIFA World Player of the Year Mia Hamm, Los Angeles Lakers great Earvin 'Magic' Johnson and Cardiff City owner Vincent Tan among others.

"This is not a joke," Ferrell told reporters. "I'm actually a member of this fine ownership group.

"It's thrilling to see a turnout like this. The fact that we have people from Palmdale is impressive. If we're already reaching out to Palmdale, you know we're in good shape."

Ferrell, whose three children play football, added: "To say soccer is a part of our lives in an understatement."