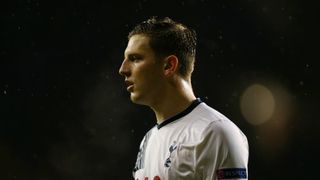 Mauricio Pochettino has tipped Kevin Wimmer to seamlessly replace Jan Vertonghen at the heart of Tottenham’s defence, after the Belgian defender suffered a significant injury.

Vertonghen had played every minute of Tottenham’s Premier League campaign this season alongside compatriot Toby Alderweireld until being forced off after falling awkwardly in Spurs’ 3-1 victory over Crystal Palace and is now expected to miss two months of football.

Austria international Wimmer, who joined the Spurs from Koln in May, made his first league appearance at Selhurst Park but the Spurs boss is confident his 23-year-old defender will be a like-for-like replacement.

"He is like Vertonghen but younger," Pochettino told a news conference.

"You can see he [Wimmer] is very calm, he has a very good left foot. He is very strong, a nice person. He has a lot of attributes. He is very young and for that we signed him.

"We are sure that Kevin can do well. He had the possibility to play in different games - maybe not as much as he expected - and he was good. He showed the quality and his teammates trust him."

It had been suggested in recent weeks Wimmer could be sent out on loan from White Hart Lane due to a lack of game time.

However, the Argentine coach stated his inexperienced defender was made fully aware of his role when joining the club.

He added: "When we sign players, we always explain what we expect from them and the rules of the squad and the team. It's normal that you're disappointed when you don't play but I think things are very clear.

"You never know when a problem will arrive and maybe a player who hasn't played too much will be a key player to achieve big things. I understand why the media, ask me, 'Why rotate?' and 'Why not play with a strong team?'

"But it's always important to speak about a squad because if something happens in the future and you have the last five games in the Premier League and the possibility to achieve big things, maybe you need the help of the players that haven't played too much.

"You need to show respect. If they deserve to play, you need to give them that possibility. Like in this moment."