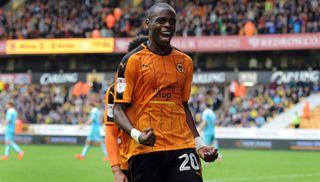 The Congo international moved to Molineux from Reims in 2016, but fell out of favour with then manager Paul Lambert.

He returned to Ligue 1 the following January, joining Bastia on loan for the rest of that season, and spent the back end of this campaign back in France again, this time with Angers.

The 29-year-old made a total of 11 appearances during his spell in the West Midlands.

Prince Oniangue has joined on a permanent basis for an undisclosed fee. All at Wolves would like to wish Prince the very best of luck for the future.July 12, 2018