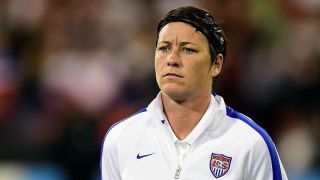 A contingent of elite women's players led by United States national team striker Abby Wambach had been in the process of suing FIFA and the Canadian Soccer Association because of the organisation's plan to use artificial playing surfaces during the 2015 Women's World Cup, which is set to begin June 5 in Canada.

The players contested the use of artificial turf during the tournament was unsafe and discriminatory, since the men's World Cup is played on natural grass, which is generally the playing surface of preference for players.

FIFA and the CSA denied the discrimination accusations, arguing that the surfaces met safety standards. Players had been made aware of the plans to use artificial turf throughout the bidding process for the tournament.

"In the face of such irresponsible actions by FIFA and CSA, the players have elected to end their legal fight," Hampton Dellinger, the attorney for the players, said in a statement released Wednesday. "The players are doing what FIFA and CSA have proven incapable of: putting the sport of soccer first."

Wambach also commented in the statement.

"On behalf of the players, I want to thank all who aided our fight for natural grass fields at the 2015 World Cup including our volunteer lawyers from Canada and the United States," she said. "Our legal action has ended. But I am hopeful that the players’ willingness to contest the unequal playing fields — and the tremendous public support we received during the effort — marks the start of even greater activism to ensure fair treatment when it comes to women’s sports."

Earlier this month, Wambach met with FIFA secretary general Jerome Valcke, lobbying to no avail for the switch from artificial turf to natural grass.

FIFA has not indicated plans to switch playing surfaces.

"It’s tough because as a female athlete we want to be treated equal and we want to be playing on grass," Wambach said of FIFA's decision after meeting with Valcke.