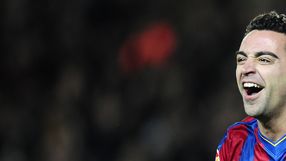 The Spain international featured in only the last 20 minutes of Barca's 2-0 win over Copenhagen at the Nou Camp last month, and has been suffering from Achilles tendon trouble.

But the 30-year-old started in Saturday's 5-0 La Liga rout of Sevilla, and told reporters on Sunday: "I felt almost 100 percent again.

"It's not the same as before, which was unbearable. I am optimistic I'll be able to carry on taking part in each match but the pain will dictate."

A win in the Danish capital for Barcelona, the 2009 Champions League winners and Group D leaders, would give them 10 points from four matches and put them in a strong position to qualify for the knockout round.

Copenhagen are in second place with six points, with Russian side Rubin Kazan on two and Panathinaikos of Greece on one.

There was more good news on the injury front for Barca coach Pep Guardiola on Sunday, when Gabriel Milito was declared fit and included in the 19-man squad for the trip to Denmark. The Argentina central defender had been out for several weeks with a thigh strain.

Forward Jeffren, who has a shoulder injury, and suspended second-choice goalkeeper Jose Manuel Pinto are the only squad members unavailable. The youth team players Thiago Alcantara and Ruben Mino have been brought in as cover, Barca said on their website.

Copenhagen came from behind to beat FC Lyngby 3-2 at the weekend, with substitute Solvi Ottesen scoring the winner in the 91st minute. The victory leaves the Danish champions 14 points ahead of nearest rivals FC Midtjylland after 14 games.

Coach Stale Solbakken believes that having to battle for the victory will be of benefit to his players.

"The guys had an opportunity to find out what it's like to fight hard for the win in the final minutes," he told reporters. "We haven't had to do it too often this season, so this is something we can take with us."

Free-scoring forward Cesar Santin, who missed Saturday's win, told Denmark's TV2 that he expects to be fully fit for the Barca game.

"By Tuesday I'll be 100 percent ready," said Santin, who injured his ankle against Silkeborg and has 10 Danish league goals this season.