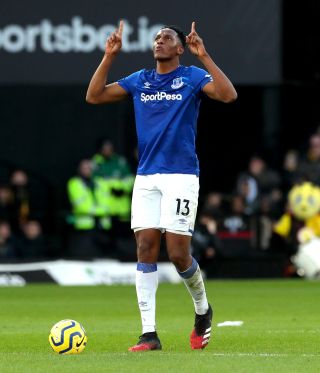 Defender Djibril Sidibe (ankle) and midfielder Theo Walcott (chest) are still out but will return to training in the coming days.

Midfielder Fabian Delph remains on the sidelines with a muscle strain, while Jean-Philippe Gbamin and Cenk Tosun are long-term absentees.

Leicester midfielder James Maddison is doubtful for the trip to Goodison Park with a hip injury.

The problem which kept the 23-year-old out of Sunday’s FA Cup loss to Chelsea is not serious but he may not return before Saturday’s clash with Crystal Palace.

Defenders Daniel Amartey (ankle) and Ricardo Pereira (Achilles) are are both out long-term.