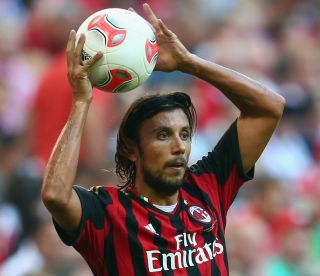 The Serie A outfit qualified for the Champions League courtesy of a third-place finish in the league last season, and have now been paired with the Eredivisie runners-up to battle for a spot in the the group stages of Europe's premier club competition.

While Milan's domestic season begins with a trip to Verona on August 24, the Dutch side are already two games into their new league campaign.

However, Zaccardo insists that Milan will be ready to compete, with the first leg of the play-off scheduled to take place at the Philips Stadion on August 20.

"We've done a lot of work," he told the Milan Channel. "We are ready for this milestone of our season.

"We know PSV and tomorrow we will prepare for their challenge from every point of view.

"They may be physically better because they have already started the Dutch league, but we are Milan.

"Both teams are very good, but this is an important step for us and we have to go through."