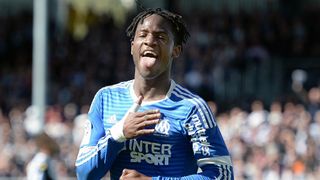 Belgium striker Batshuayi and France midfielder Kante are the first major arrivals of the Antonio Conte era at Stamford Bridge, with Chelsea aiming to bounce back from a wretched 10th-place finish as defending champions in the Premier League last season.

Both men have followed the same path from Ligue 1 to the English top flight as former Saint-Etienne centre-back Zouma – Kante having joined Leicester from Caen last year to play a central role in the their shock run to the title – and the 21-year-old is already encouraged by what he has seen from his new team-mates.

"He's only 22 and it's great to have another talented player in the team. The manager will have a lot of options, which is a nice problem for him and when there is competition for places everybody improves.

"He doesn't speak English so we are all here to help him settle. A few of us speak French and there is a very good team spirit here, we are all friends."

On Kante, Zouma added: "Kante will bring a lot to the team. We saw him in the Premier League last season with Leicester and he was unbelievable.

"He runs all over the pitch, makes lots of tackles and interceptions and he's very effective with and without the ball.

"The midfield area, like the attack, is full of competition and that's really good for the whole team."