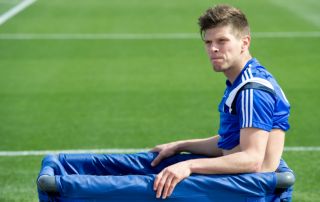 Cryotherapy
Imagine standing inside a giant fizzy drinks can engulfed with freezing cold air hitting temperatures below -100 degrees, while wearing nothing but your pants. Got it? You’ve just imagines whole body cryotherapy, which relieves DOMS – delayed onset of muscle soreness – after training and games. Created by a Japanese scientist in the 1970s, the treatment has been used by Cristiano Ronaldo and Zlatan Ibrahimovic, but the jury is out on its credentials. The International Journal of Kinesiology and Sports Science said the alleged benefits of whole body cryotherapy were based on anecdotal evidence due to a lack of large-scale studies. We like a bag of frozen peas anyway.

1.    “There isn’t enough science to back up the treatment yet, but many athletes believe it helps to relieve stiffness,” said Dr Michael Gleiber.

2.    “Cryotherapy cools the skin but won’t reduce the temperature of your core much in 3-4 minutes, so it is unlikely to reduce inflammation.”

3.    “The cold will enhance your metabolism, so you burn more calories, but it isn’t a solution to you losing weight.”

Ice baths
Long before footballers began jumping into ice baths, the Egyptians were using ice-cold therapies to treat their injuries as early as 2500BC. Immersing the body in freezing water following exercise will reduce body temperature, blood flow and inflammation, which accelerates recovery. That sounds great, but before FFT takes the plunge, is there science to back it up? Er, not really. A study by the University of Auckland in February says it does next to nothing to ease your aching limbs. Professor David Cameron-Smith stated: “Ice baths are no more beneficial than doing a low-intensity warm-down after any intense exercise.” We’ll stick to a cold post-match pint, then.

1.    If you have a quick turnaround between training or matches, an ice bath could give you short-term pain relief,” added Cameron-Smith.

2.    “Ice baths can also reduce the benefits of training hard, leading to small gains in strength and muscle mass after doing weight sessions.”

3.    “Apart from times when you require a very quick wind-down, my advice would be to rule out ice baths from your recovery options.”