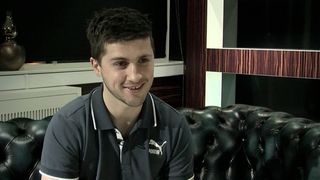 “Let him know you’re there!” It’s a phrase Sunday league managers may bark at their centre-backs and will usually result in you, the striker, on the receiving end of what would aptly be described as a “reducer”. However, challenges of this nature aren’t just confined to amateur football.

Hull City striker Shane Long has had his fair share of batterings from some of the more uncompromising defenders in the Premier League. How does he deal with it?

“When I get smashed in a game, it eggs me on,” Long reveals to FFT. “It gets me into the game and livens me up a bit. I look forward to those types of challenges – as long as it doesn’t injure me and put me out of the game.

The key, as Long talks about in the above video, is to keep playing your own game and not marginalise yourself with thoughts of retribution.