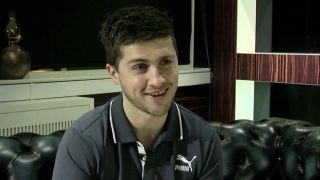 The stereotypical lone striker is a big lump that stands upfront on this own like a lighthouse, fighting for long balls and bullying the opposition's centre backs.

But with the evolution of the modern game this job description has changed. Now, you don't necessarily have to be a human wrecking machine, but an impish, agile, wasp, capable of holding the ball up, running the channels, pressurising the centre backs and finding time to hit the back of the net.

All this work requires lung-busting endurance, just ask Hull City’s lone ranger, Shane Long. At 5ft 10in the Republic of Ireland is not going to bulldoze his way through defences, but he makes sure he runs them into the ground, as former West Brom boss Steve Clarke testifies.

“Shane has been terrific. Quite often he’s had to do the dirty shift by running around and upsetting two defenders because, in the main, we’ve only played with one striker," said Clarke.

“He’s a pest, he upsets the rhythm of the defenders. For a guy who’s not the tallest he wins a lot of headers and occupies defenders really well. And he knows where the goal is."

In this video Long tells reveals the classic workout errors you need to avoid and what he does to ensure he gives the opposition 90 minutes of hell.