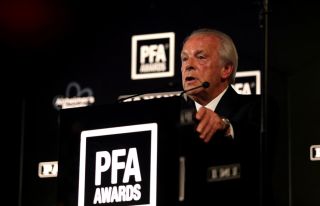 Football will continue to explore a clearer path out of the coronavirus crisis on Wednesday as players’ unions meet to discuss wage deferrals and contract extensions.

Professional Footballers’ Association chief executive Gordon Taylor has warned any clubs imposing deferrals must be blocked from making signings until the resulting debts are settled.

And FIFPRO general secretary Jonas Baer-Hoffmann says while legal issues remain to be overcome, the “spirit” of existing contracts mean they ought to remain valid until the extended end of the current campaign.

Taylor does not believe a uniform rule can be established for wage deferrals but is keen that clubs be prevented from claiming hardship them moving into the transfer market.

He told the PA news agency: “It’s not a time to be relaxing regulations on
financial propriety when we have already had problems with Football League clubs such as Bury.

“If a club is doing deferrals then the regulations state that they would be
embargoed from signing any players.”

FIFPRO officials have been part of working groups established by FIFA and UEFA to look into the consequences for players whose contracts generally run out on June 30.

“You could very much argue that the spirit of the contract is that it runs
until the season is over and a new contract starts with a new season,” said Hoffman.

“Nevertheless, there are legal obstacles with mandating such an extension
which we’re trying to manage as well as we can, but we are very concerned that we might end up in a situation where (clubs) pick and choose who is being
retained for the last couple of months of the season and who is not.”

On Tuesday, Tottenham and Norwich announced they will become the latest Premier League clubs to furlough non-playing staff, although the Canaries will make up the 20% short-fall from the government’s 80% wage scheme.

Meanwhile Burnley are making Turf Moor available to the NHS in case extra hospital capacity is needed and have promised to issue free tickets to hospital staff for future games.

First-class counties will share in a £40million funding boost as the England and Wales Cricket Board seek to support the professional and recreational game during the coronavirus crisis.

The 18 counties, county cricket boards and the MCC will receive their payment on Wednesday while an additional £20million in interest-free loans and grants will take the full ECB rescue package to £61million.

Other measures have been introduced including promised payments being brought forward and previous restrictions of spending removed to help mitigate the delay and possible cancellation of the season.

ECB chief executive Tom Harrison said: “We understand these are challenging
times and it has been our priority to provide swift and immediate support to all
members of the cricket family at every level in England and Wales.

“We are fully aware that the situation with COVID-19 will continue to develop,
and it will be months before the full financial fallout is made clear. We will
continue work with all of our partners to protect the ongoing health of the
entire game in the short term and beyond.”