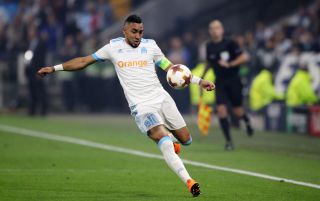 Dimitri Payet believes Marseille’s showdowns with Lyon have become more exciting than their traditional rivalry with Paris St Germain because the clubs are chasing the same objectives.

While defending champions PSG already have a seven-point lead at the top of Ligue 1, Payet feels the battle between Marseille and Lyon, among others, to be crowned best of the rest has lent greater interest to their contests.

The two teams meet at the Stade Velodrome on Sunday, with the visitors needing a win to move them level on points with Marseille.

The hosts’ form has been inconsistent, with two wins and two losses from their last four league games, while Lyon, after a run of eight matches without a win in the competition, have tasted victory in their last two.

“It’s an important match,” Payet said on the Marseille website.

“We play against a direct rival who has the same goals as us. It will be necessary to put in a performance like we showed against Lille (in a 2-1 win last Saturday).

“PSG is the historical rival of Marseille, but today they operate in a completely different championship. First place being assured, the others compete for the ones that come after.

“We have the same goals as Lyon. This gives rise to showdowns that are even more exciting and spectacular.”

He left the club at the end of last season and was last month named Lyon manager – an appointment which took Payet by surprise.

“It’s going to be odd to see him in the opposite camp,” said the former West Ham midfielder.

“His decision to join Lyon surprised me greatly. I remember his pre-match speech against Lyon last year – his comments on the players, the president.”

Garcia himself is also braced for “one of the big matches in the French championship”, but will have to do without Memphis Depay through injury and Lucas Tousart due to suspension.

The coach challenged his side to continue their recent mini-revival.

“I asked them to put together a series of wins and that’s how we will go up the rankings,” he said. “Lyon can not be in 10th place in the table.”