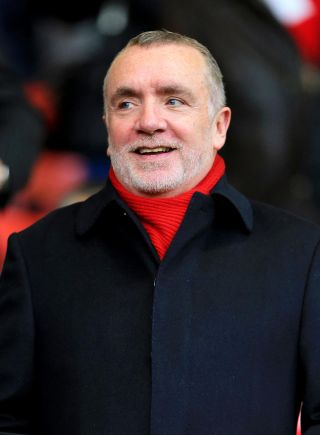 Ex-Liverpool chief executive Ian Ayre appeared to have done the hard work when building Nashville SC from near enough scratch, only for a deadly tornado and the coronavirus to strike shortly after their Major League Soccer debut.

This was supposed to be a period of enthusiasm and hope for the club that Ayre joined in May 2018, with nearly 60,000 fans turning out for their eagerly-anticipated bow against Atlanta United.

But just 30 days later the emotions are that of heartbreak and unease in Tennessee.

A tornado ripped through the state just days after Nashville’s maiden match and MLS has been suspended since the second game of the 2020 season as the world scrambles to get a grip on the Covid-19 pandemic.

“It wasn’t like the start the season, it was the start of professional football at this level in Nashville,” chief executive Ayre told the PA news agency.

“The positivity, momentum, support and all the energy that we created on the 29th February with just about 60,000 people – and then three days later have a tornado devastate the city and then 10 days later have coronavirus strike and stop soccer and stop everything ultimately.

“That was pretty devastating, if I’m honest. There’s still a huge clear-up operation in and around Nashville in those areas that were most hit.

In our city’s darkest moments, we see its spirit come alive. Our anthem becomes more than lyrics, it becomes a promise.— Nashville SC (@NashvilleSC) March 4, 2020

“Unfortunately we’ve had to rein in the physical kind of support elements, not the fundraising, because we’re just not allowed to.

“I feel the most for those people. It makes you all realise what’s really important.

“It’s one thing to get locked in your house with your family and watch TV and work from home.

“But to have this thing come along right on the back of a devastating natural disaster, it’s just unthinkable for those people.”

This is a distressing time that has brought out the best of the Nashville community, while the culture fostered within the city’s new MLS side is also reaping rewards.

Ownership and staff are working hard from home during the suspension as the players train alone, aided by exercise bikes lent to them by a local fitness centre forced to shut down due to Covid-19.

“I think the most important thing is that everybody is safe and does the right thing, which clearly right now isn’t playing football matches,” Ayre said.

“I’m a very positive person, so you can take the positives and say, you know, we were two games into our season, so at the point where we get past this and we started again I think we’re probably in an easier place overall as a league than say the Premier League or Serie A, where they’re trying to finish something that’s almost finished.”

MLS is pencilled in for a return on May 10 and scenario-planning continues, with an open-minded approach across the league meaning best practice is being shared between clubs during these unprecedented times.

“There’s huge level of cross-club collaboration, which is one of the greatest assets that MLS has compared to other leagues I’ve been involved,” Ayre said.

“Because everybody’s trying to help this league be great, people genuinely want to help each other so nobody’s kind of hiding behind the wall, trying to keep their own stuff secret – and particularly at a time like this.”

Untangling this evolving situation certainly appears easier in MLS than in the Premier League, where Ayre’s former club – and boyhood team – Liverpool were miles ahead at the top of the standings before the suspension.

“As a Liverpool fan, it’s devastating if they don’t finish it,” Ayre said. “But at the same time, looking at that team, anyone who ever says that Liverpool weren’t the best team and should (not) have won it this year, whatever happens, is an idiot, right?

“Because there’s absolutely no question: there’s only one winner for that league this year, and it’s Liverpool.

“Now, I can’t speak for anyone at Liverpool, but I don’t know that anyone would want to get them handed it at this point and say ‘there you go, you won it’ because people would always say ‘oh, well, you never really won it’.

“But I think there’s no question in anyone’s mind, I’m sure at Liverpool or anywhere else, that they’re the best team in the league this season.”