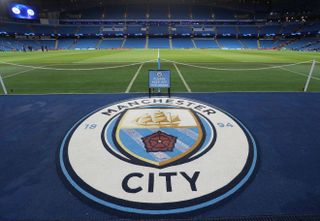 Manchester City have had their two-year ban from European football lifted by the Court of Arbitration for Sport on appeal.

City were initially suspended by UEFA over “serious breaches” of financial regulations but are now free to compete in next season’s Champions League.

Here, the PA news agency takes a look back at the timeline of events.

May, 2014: City were fined £49million by UEFA – £32m of which was suspended – for breaching its Financial Fair Play rules and were restricted to a 21-man Champions League squad for the 2014-15 season.

November, 2018: German magazine Der Spiegel, citing documents and emails provided by the whistle-blowing platform Football Leaks, published a series of articles which accused City of trying to get around European football’s FFP rules. City had repeatedly described Der Spiegel’s reports as the product of a “clear and organised” attempt to tarnish their reputation.

March 7, 2019: UEFA announced it had launched a formal investigation into alleged breaches of FFP rules by City following a series of fresh allegations in the media. City said in a statement: “Manchester City welcomes the opening of a formal UEFA investigation as an opportunity to bring to an end the speculation resulting from the illegal hacking and out of context publication of City emails. The accusation of financial irregularities are entirely false.”

March 8: The Premier League confirmed it was investigating City over alleged FFP breaches.

June 6: City asked the Court of Arbitration for Sport to throw out the FFP case brought against them by UEFA.

Nov 15: City failed in their bid to get UEFA investigation kicked out, although CAS arbitrators stated their claim was “not without merit”.

Feb 14, 2020: City were banned from UEFA club competitions for the next two seasons and fined £24.9m after being found to have “committed serious breaches of the UEFA’s club licensing and FFP regulations”. City announced they would appeal to the Court of Arbitration for Sport.

July 13: City’s European ban was lifted by CAS. In addition, the club’s 30 million euro fine was reduced to 10m euros (just under £9million). CAS found that City had not disguised equity funding as sponsorship, but did say they had failed to co-operate with the CFCB’s investigation. A City statement read: “Whilst Manchester City and its legal advisors are yet to review the full ruling by the Court of Arbitration for Sport (CAS), the club welcomes the implications of today’s ruling as a validation of the club’s position and the body of evidence that it was able to present.”