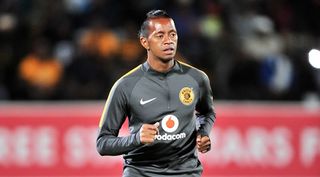 Amakhosi were handed a two-window transfer ban back in February after they were found guilty of having illegally acquired Dax from Fosa Juniors in 2018.

The Soweto giants are still awaiting an outcome from their appeal that was heard by the Court of Arbitration for Sport (CAS) in early September.

Speaking on his form side’s case, the midfielder admitted he hopes it works out for the best.

"I don't know with Kaizer Chiefs [if they will win their case] but for me, four months is finished," the Black Leopards star told KickOff.com referring to the suspension he served.

"So I don't know for Chiefs if they will be allowed to do transfers, I don't know. But I do believe they have a strong case. Ya, I know Kaizer Chiefs, I know Bobby Motaung and chairman [Kaizer Motaung]...

"So I'm telling you, I pray for him and [that] Chiefs win. Aah papa, you know me, I play football so I don't know the plan for Kaizer Chiefs."