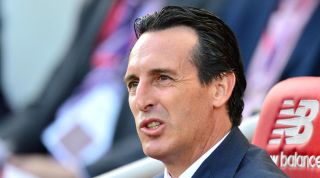 Had Arsenal beaten Watford at the weekend, they would have moved level on points with Premier League champions Manchester City in second place.

Instead, Unai Emery's side find themselves down in seventh after five matches, following a 2-2 draw at Vicarage Road.

Arsenal may have raced into a 2-0 lead against Quique Sanchez Flores's side courtesy of a brace from Pierre-Emerick Aubameyang, but in the end they were fortunate to avoid defeat.

Watford fired off 31 shots on Sunday, which is the most that the Gunners have faced in a Premier League game since such data began being collected in 2003/04.

But that isn't the only damaging statistic to have come out of the weekend.

According to Opta's Duncan Alexander, Arsenal have now faced more shots (96) than any other team in the Premier League, Serie A, La Liga, Ligue 1 and the Bundesliga this season.

Arsenal have faced 96 shots this season, more than any other side in the PL, Serie A, La Liga, Ligue 1 & the Bundesliga. Some effort that.— Duncan Alexander (@oilysailor) September 15, 2019

That means Emery's men have a worse record than 97 sides currently participating in one of Europe's top five leagues.

FUN Who would play every Premier League manager if they were cast in a Hollywood film?

LIST 10 players who came to the Premier League too early