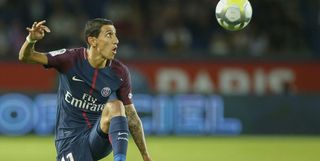 Angel Di Maria has some of Europe’s biggest clubs on his CV, with Benfica, Real Madrid, Manchester United and PSG all having acquired his services at some stage of his career.

But last night it looked as if he was about to add the mighty Barcelona to his list when an announcement was made on the club’s Twitter channel, reporting: “Welcome Angel Di Maria to FC Barcelona!” #DiMariaFCB

It was quickly revealed that it had been a hoax, however, and that the security group ‘OurMine’ were behind the tweet.

The club later released a statement saying: “Our accounts have been hacked tonight. We’re working to solve the problem as soon as possible. Thanks for your patience.”