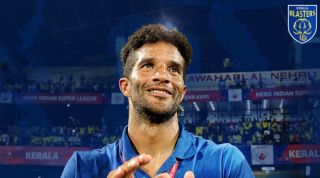 James last played for Kerala in 2014 and made 12 apparances for the Kochi-based club, who are co-owned by Indian cricket icon Sachin Tendulkar.