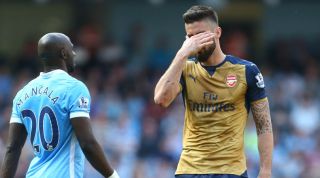 It's the elephant in Arsenal's room for fans with memories as short as the average Twitter user.

Not since summer 2012 have the Gunners signed what you might call a proper, out-and-out striker – and that was the man many fans now want to see replaced as the team's main hitman, Olivier Giroud.

But after an early-summer lunge for Leicester's Jamie Vardy went south, Arsene Wenger will be on the lookout for someone else to support Giroud & Co. in a bid to end Arsenal's 12-year wait for the league title.