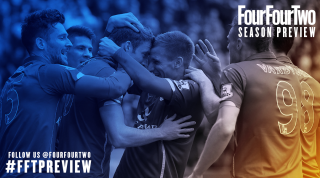 Stability is a lovely thing, but often circumstance just laughs in its face. In last season’s Premier League, five of the bottom eight teams changed managers. Two of the three sides that didn’t (Hull and Burnley) got relegated anyway. Leicester, though, reaped the rewards for sticking with Nigel Pearson and completed arguably the top flight’s finest-ever escape.

But then fate was twisted, and twisted ugly. A bumbling sex tape involving Pearson’s son James sparked a final row with Leicester’s owners, and the Foxes’ successful head honcho was sacked abruptly. In his place arrived Claudio Ranieri, who could scarcely be more different. There’s uncertainty in the air, then - but guaranteed is that it won’t be dull at the King Power Stadium once again.

Foxes nut (and FoxesTalk contributor) David Bevan offers his thoughts on the season ahead...

Ranieri has promised no wholesale changes, which should be music to the ears of Foxes fans who saw a tight-knit group haul themselves to safety with seven wins from their final nine matches last term. "I don't want to change too much but just to give my Italian, tactical way," the former Chelsea chief mused in his first press conference.

Whatever that means is yet to be determined, but should that hold true then Leicester can build on last season’s brilliant finish. They’ve secured the permanent signing of Robert Huth, whose February arrival sparked a vital defensive improvement, snapped up one of the Bundesliga’s finest strikers in Shinji Okazaki and improved their backline with the signing of Schalke’s Christian Fuchs on a free.

Leicester’s largely settled squad features few egos and has a fearless instinct that always makes them dangerous. With the experienced Ranieri in charge, there’s enough to suggest last season’s attack-minded entertainers can keep things a little tighter at the other end to give themselves some breathing room.

For starters they’ve lost the indefatigable Esteban Cambiasso, who turned down the club’s offer of another year. Ranieri quickly stated his desire to find “a player like him to start the season with", and he’ll now need to remould a depleted central midfield lacking its general plus the injured Matty James. Best get that black book out, Claudio.

There’s still an air of uncertainty around the new manager. Sniggers were audible when the Italian was unveiled, but look beyond him being a bit of a funny foreign bloke and you have a manager with a solid track record at the highest level. His last job with Greece was a disaster, but before that spells with Monaco, Roma, Juventus and Parma all brought relative successes (not to mention Chelsea), and his relaxed nature suggests he’ll go into his new job with optimism. The early talk is promising at least - and now he needs to get his new players onside early.

Finally, there’s the question of whether Leicester’s late-season defensive heroics are here to stay. Five clean sheets in their last seven helped keep them up, but the 31 games before that saw them leak 51 goals. More of the same would make for another uncomfortable ride.

1) Can Claudio crush the critics?

It’s not essential the Italian gets off to a flier - Leicester’s owners and fans are reasonably patient all things considered - but it could set the tone for his Foxes tenure. He was bullish when quizzed about his track record, and appears well up for a new challenge aged 63. “I want to continue to build a solid foundation and then arrive in Europe,” he affirmed.

2) Will Okazaki sink or swim?

Leicester’s Japanese arrival from Mainz is braced for his biggest season yet, having plundered a commendable 27 goals in 65 games over two Bundesliga seasons for the middling Germans. He’ll have to get used to a new system first, not to mention language, but he arrives to complement an exciting frontline that already features Leo Ulloa, Andrej Kramaric, Jamie Vardy and Riyad Mahrez.

3) Who’ll step up in Esteban’s absence?

Ranieri is yet to name his new skipper for the season, what with Wes Morgan having spent his summer with Jamaica at the Copa America and Gold Cup, but it’s not merely the armband wearer that needs deciding. The Foxes’ aforementioned midfield void needs filling with proven quality, with the likes of Nice’s Nampalys Mendy - who thrived under Ranieri at Monaco - and Caen enforcer N’Golo Kante mooted.

Without the German’s temporary stint last season, Leicester surely wouldn’t have survived. The Foxes didn’t win any of his first five games after joining from Stoke, but Huth was an immediately impressive performer and came to the fore in his new side’s triumphant run-in when they shipped only seven goals in that nine-game salvo.

Unsurprisingly, the Berlin-born 30-year-old was snared permanently for around £3 million, an astute deal which could save the Foxes’ skins this term. “Now the sexy football show rolls into Leicester!” the wise-cracking stopper tweeted upon sealing the deal. Sexy or otherwise, the East Midlanders know their new man will do the job.

What we'll be saying come May

“How bloody boring. A rent-a-quote Italian and all he has to offer are a few jibes about Georgios Samaras’ resemblance to Conchita Wurst and something about Samuele Dalla Bona’s cats. And look, no one likes Limoncello.

“But Nigel Pearson’s turned Sunderland around hasn’t he? Even if he insists on spending his Tuesdays in Cornwall at Porfell Wildlife Park. Something about making it up to the ostriches...”

To see where FourFourTwo think Leicester will finish – along with a bespoke two-page preview – get our special new season issue, out Saturday 1 August.