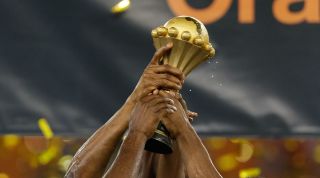 Almost every major tournament has its teething problems. Whether it’s the World Cup in 1930 and the refusal of many teams to travel to Uruguay, or the first European Championship in 1960 – less a competition than an object lesson in how not to bring together the continent’s finest teams – the road to success is often tough.

In keeping with tradition, the Africa Cup of Nations – now firmly established (if not widely welcomed by Premier League clubs, managers or fans) as one of the world’s premier international competitions – endured a similarly chastening opening in 1957.

Back then the tournament was ignored by Fleet Street, and did little to upset the equilibrium of English clubs that would have viewed a signing from the Isle of Wight as an exotic rarity.

That, of course, has changed out of all recognition, with the presence of Yaya Toure, Wilfried Bony & Co. ensuring that most of us will have more than a passing interest in events in Equatorial Guinea in the coming weeks.

What hasn’t altered, though, is the deeply political nature of the African game, with Equatorial Guinea only hosting the tournament as a result of Morocco’s bizarre stance on the Ebola crisis in West Africa. Back in 1957, it was a situation of another kind that shaped the location of the competition.

Then, the Suez Crisis ensured the preferred hosts, Egypt, had to cede hosting rights to Sudan after invasion by Israel, Britain and France – the first of a series of blows to a tournament that the newly-formed Confederation of African Football (CAF) hoped would herald the start of Africa's rise as a genuine player on the global stage.

Unsurprisingly it was apartheid South Africa that were due to compete alongside the hosts, Egypt and Ethiopia in the inaugural continental face-off, who threw the proverbial spanner in the works. Or so it’s claimed.

In October 1956, the Rand Daily Mail wrote: “South Africa has promised to send a team to Khartuom (Sudan) next February to take part in the first-ever Pan-African soccer tournament [and] the Springboks to fly on from Khartoum to Europe.”

With the Suez Crisis about to reach its height, however, South Africa contacted the Sudanese FA to suggest that the situation in North Africa necessitated the postponement or cancelling of the competition. In a cable replay the Sudanese FA replied that the tournament would go ahead: “Now confirm playing on dates already fixed no change... dates of African Competition stand good.”

Ultimately South Africa would pull out of the competition, ‘reluctantly’ according to the Rand Daily Mail, which noted that their participation “was not received in the Union with much enthusiasm in the first place”.

Given the apartheid regime in the country, this was little surprise. In fact, the CAF claimed that South Africa’s withdrawal was less to do with the Suez Crisis and more to do with their refusal to send a racially-mixed side to the tournament.

Given the heavy censorship of the South African press during that era, and the fact that the original records of this exchange were eventually lost in a fire, the truth behind their non-participation remains unclear. What was obvious, though, was that the CAF’s first showcase tournament was going to involve just three teams, which even Sepp Blatter could tell you isn’t an ideal number.

Not that Ethiopia cared. The Walias Antelope galloped unopposed into the final after being handed a bye in South Africa’s absence, which left them looking on as the tournament finally got underway in Khartoum’s Municipal Stadium on February 10.

From an organisational point of view, and given the problems that had beset the competition to date, it would have been ideal if the hosts had at least got through to the final. Egypt, though, had other ideas.

It took 21 minutes for the tournament’s first goal to arrive, with Raafat Ateya lashing home a penalty to give Egypt – then undeniably Africa’s best team and to date its sole World Cup representative – the lead.

A crowd of around 30,000, including a number of high-ranking Sudanese generals, were in dreamland – FFT assumes – on 58 minutes, however, as Seddik Manzul equalised for the hosts. Their hopes of a first appearance in the final were then dashed by Egyptian legend Mohamed Diab El-Attar, or Ad-Diba as he was universally known, who notched the winner with 18 minutes remaining.

Ad-Diba would go on to referee an Africa Cup of Nations final 11 years later, officiating as Congo beat Ghana 1-0 in the Haile Selassie Stadium in Addis Ababa, but in 1957 he was eyeing one of African football’s most significant milestones.

He didn’t disappoint, either. No player since has matched his four goals in the final of that inaugural tournament, as Ethiopia were put to the sword and soundly hammered 4-0 to lose the Abdel Aziz Abdallah Salem Trophy, a piece of silverware named after the Egyptian who became the CAF’s first president.

“Those were unforgettable matches,” Ad-Diba would later recall. “The success of this championship and its popularity among the Sudanese encouraged the African federation to organise a tournament on a biennial basis.”

To satisfy the demand of the football-mad public in Sudan, a post-tournament friendly was also held between Egypt and Sudan – a match the competition's victors won 4-3.

The Africa Cup of Nations was up, and if not running then certainly jogging, although problems resurfaced two years later when South Africa cited the visit of Bolton Wanderers as the reason behind their pull-out from a tournament held in the United Arab Republic – now Egypt and Syria.

But that initial tournament in Sudan did indisputably represent a turning point in the empowerment of African football.

It would be another 13 years before the continent had a second representative at the World Cup – an unforgettable cameo by Zaire in Mexico in 1970 – and a boycott of the 1966 edition in England for change to really quicken.

But the fact that five African teams participated at last summer’s World Cup in Brazil illustrates the impact that those chaotic few days in Sudan had on the game in the continent. Maybe three did go into four all along.