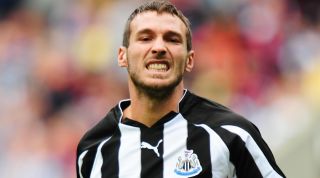 The fun thing about La Primera is that there are always a bunch of fresh, flower-smelling sides that claw their way out of La Segunda to keep the Spanish top flight zesty. Andalusian outfit Córdoba will be a fun away day for fans, as well as a curious arrival into La Primera after a 42-year absence.

Former Chelsea defender Albert Ferrer is at the helm and there are a couple of other familiar names in the squad, such as former Real Madrid (and Leeds United) defender Raúl Bravo and Newcastle striking legend Xisco. It will therefore come as no surprise that scoring goals will be an issue for Córdoba, who managed just 46 in 42 second tier games last season. La Liga Loca has spotted that the word “experimental” is being used a lot in Marca’s previews of clubs of Córdoba's ilk. This is a polite way of saying “no idea if they are any good or not”.

LLL will lean more towards the ‘going down’ end of the prediction scale, simply because so many members of the squad are unknown quantities (and of unknown quality) in La Primera.

Welcome back Deportivo! Again! A year ago, a bankrupt club was facing a huge battle to clamber out of la Segunda. Now a bankrupt club is facing a huge battle not to return there and avoid being a giant Galician yo-yo of inconsistency. The thorny issue for Depor is that the architect of their success, manager Fernando Vásquez, was fired over the summer for fairly off-the-cuff comments about not getting the players he wanted in the transfer market. It was this cruel decision that saw the arrival of the experienced-but-unspectacular Víctor Fernández.

La Liga Loca is admiring the cut of Deportivo’s midfield gib, with Real Madrid central-midfielder José Rodríguez arriving on loan, and La Masia graduate Isaac Cuenca signing from Barcelona. These arrivals leave the blog with a calm vibe and a feeling that the returning Deportivo can navigate their way safely and smoothly through the season, after a recent history blighted by choppy waters.

The People’s Champions of La Liga, the little club from the Basque Country that had to raise €2.1 million over the summer in share capital to be allowed a place in La Primera. And no, a dim-witted LLL doesn’t really understand why, either, and doesn’t really have the will to change this reality.

Eibar has a fine football tradition - David Silva is an alumni of their academy - and the club is located in a hotbed of the game in Spain, but the club is a teeny one with a stadium that holds just 6,000. All Eibar’s survival cards are being thrown at the feet of Manu del Moral, but despite a large amount of love being shown towards the side that is making its debut in La Primera, it probably won’t enough to keep the northerners up. The club should and will enjoy top-flight life while it lasts.

Back again for another crack at life in La Primera are Elche. The side that surprised LLL by staying up last season fancy themselves as managing a long-term spell with the big boys, and have the ambition, support and foundations to pull it off. Elche remain unbeaten in pre-season - a goalless draw against Levante being a particular highlight - and midfielder Ferrán Corominas has made a decent stab at working out where Elche will end up at the end of the season. “We will be 11th,” claimed the very specific 31-year-old.

Initially, LLL was going to stick its neck out and go for Espanyol as the outsider big boy to go down. But then it actually did a bit of research and saw that the starting XI is not too shabby - certainly enough to stay up. Felipe Caicedo is back in La Liga and will be up front alongside the evergreen Sergio García. The central midfield pairing of Víctor Sánchez and David López is not too bad either.

The one weak spot could be in the dugout, with the gritty Javier Aguirre having left to manage the national side of Japan, to be replaced by former player and B-team coach Sergio González. However, the young-gun model is one that seems to work in La Liga - and specifically at Espanyol, as Mauricio Pochettino showed before moving on to England with Southampton and then Tottenham - so the Pericos get the benefit of the doubt from the blog.