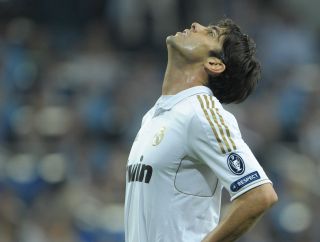 Rayo Vallecano (11th) vs. Levante (16th) - 23.00 CEST
Rayo’s players were trotting around their training pitch at around midnight on Wednesday and Thursday night. This was not through a sudden bout of squad insomnia or boredom after a ‘Game of Thrones’ box set binge. Instead it was preparation for the utterly ludicrous kick-off time for the clash against Levante - 11pm on a Friday evening.
Unsurprisingly, the traditionally vocal Rayo fans are not happy about this particular piece of scheduling, with fan organisation ADRV proclaming that supporters should not enter the ground until the 24th minute of the game. The hope is that “perhaps seeing empty stands for such a long time,” will shame the TV companies into setting less absurd kick-off times. La Liga Loca is no Nostradamus, but the blog can confidently predict that such a move will never happen in a billion, billion years.
LLL Prediction - Home win

Almería (12th) vs. Elche (15th) - 23.00 CEST
Exciting fact of the day; Almería and Elche have never met in the top flight before. Well, not that at exciting, really. The two sides have also been bundled into the golden midnight hour slot for a new boy face-off. Elche boss Fran Escribá has admitted that this late, late show in La Primera poses a unique challenge for his team. “We have been working as if we were playing at the weekend. But it is normal that the players would be asleep at the time we have the game. However, we have to adapt,” sighed Escribá.
LLL Prediction - Home win

Celta Vigo (8th) vs. Granada (9th) - 19.00 CEST
The transfer window is about to close, so time for a quick catch-up with the busiest club in the universe in terms of player movements. Granada are currently registering 26 footballers coming in, with a mere 27 heading in the other direction. The latest newcomer was Dimitri Foulquier, signed from Rennes on loan.
However, this is not the end of any Granada activity, with Sporting Director Juan Carlos Cordero warning that “we are waiting on comings and goings until the last moment that can improve the team.”
LLL Prediction - Draw

Valladolid (18th) vs. Getafe (13th) - 21.00 CEST
It may still be August, but this match already has a whiff of “final” about it. Valladolid are without a win and Getafe have just picked up a measly point from two games. The seven season ticket holders of the Coliseum club are not happy bunnies. While Luis García has probably given up getting anything more than six out of ten from his charges at the Coliseum, new Valladolid coach Juan Ignacio Martínez is trying both the carrot and the stick with his footballers to get the Pucela side out of its early season funk.
“Basically, he’s been encouraging us,” revealed Alvaro Rubio, once a DVD of all the team’s mistakes had been compiled and shown. “We are fundamentally ok, but have to change a few things,” soothed the midfielder.
LLL Prediction - Away win

Osasuna (20th) vs. Villarreal (4th) - 23.00 CEST
Another late one for Villarreal, with a trip to bottom-of-the-table Osasuna, a match that doesn’t just end on a different day, but in a different month. Club president Fernando Roig spoke this week about the realities of the teams in La Liga having to dance to the tune of the TV companies, with the hope that there will be benefits further down the line.
“The fans and the clubs are making a sacrifice in accepting these kick-off times, but it could be for the good if in the end the (money) share-out is more equal,” argued the Villarreal bigwig. “But if we are making these sacrifices with these times and the hand-out is the same as ever, than I don’t agree with them.”
LLL Prediction - Home win

Real Madrid (5th) vs. Athletic Bilbao (3rd) - 12.00 CEST
On Thursday evening, words that will possibly be more welcome to the ears of Madrid fans than the announcement of the signing of Gareth Bale came forth from Kaká. The proclamation from the expensive flop is that finally, finally, finally, the Brazilian has got the hint that he is not really needed or wanted at the club.
“There is less space for me every time,” admitted a player whose wages drain a reported €10 million a year from the club’s coffers. “The best thing for me and the club is to leave in an amicable way.”
LLL Prediction - Home win

Espanyol (6th) vs. Betis (17th) - 17.00 CEST
A less publicised transfer saga came to a conclusion this week, with the departure of Mubarak Wakaso. The midfielder has been an itchy so-and-so all summer, wanting to escape Cornellá. The Ghanian’s wish finally came true this week with Rubin Kazan paying Espanyol €6 million to whisk the footballer off behind the iron curtain. “I apologise to the fans and the players as they wanted me here,” claimed Wakaso. “I would have liked to have stayed at Espanyol, but the offer was a good opportunity for my future.”
LLL Prediction - Home win

Real Sociedad (7th) vs. Atlético Madrid (2nd) - 19.00 CEST
Hearty backslaps to Real Sociedad, who came through their Champions League qualifier second-leg with Lyon with no alarms and surprises. The 2-0 victory plopped the team into a group that includes Manchester United, who are still seen as England's big, sensual glamour club. “They don’t need any introduction,” beamed a happy Real Sociedad boss, Jagoba Arrasate, “they are one of the classic teams and everyone is excited about playing at Old Trafford.”
Atlético Madrid are facing Porto, Zenit and Austria Vienna, but will be doing it without Martín Demichelis. The centre-back had only just joined the Vicente Calderón club a couple of weeks ago having been out of contract with Málaga. However, the Argentinean defender looks set for a €5 million move to Manchester City, a fee that will handily pay for David Villa.
LLL Prediction - Away win

Valencia (10th) vs. Barcelona (1st) - 21.00 CEST
Miroslav Djukic is probably still angry about last weekend’s 3-1 defeat to Espanyol that left the Valencia boss grumbling about shame, embarrassment, footballers with too high an opinion of themselves, and instruments of torture. The Serbian was backed by his dutiful club captain, with Ricardo Costa also letting rip to the press about the catastrophe in Cornellá.
“Djukic was right,” announced the Portuguese stopper, “Who is the star here? Valencia is the star. We work for Valencia. How many players here have won titles? You can count them on the fingers of one hand.” One of those fingers will be reserved for Costa himself, given he has picked up a Champions League, a UEFA Cup and five league titles in Portugal and Germany in his career.
LLL Prediction - Away win

Sevilla (14th) vs. Málaga (19th) - 21.00 CEST
It was a fine European evening for both Seville teams in the Europa League qualifiers. Betis won 8-1 on aggregate against Jablonec to make it a “dream come true" for Pepe Mel. Sevilla also had a comfortable win after stuffing Slask 9-1 on aggregate. “Surprisingly, Slask were not at the same level as the first leg,” noted Unai Emery after the 5-0 win in Poland.
The Sevilla boss now faces the rest of the season having lost the services of Geoffrey Kondogbia, who managed to rustle up €20 million to deposit with the Spanish League to buy himself out of his contract. The midfielder is set to be another fancy pants recruit at Monaco.
LLL Prediction - Home win