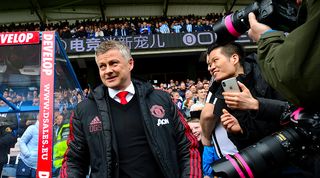 This season has been an unmitigated failure for Manchester United.

Their target of a top-four finish – the minimum requirement for the club that structures its business around Champions League participation – has been missed. That’s a low bar given United’s previous successes. No player who signs for the club thinks that a 25% wage reduction will be relevant should the club miss out on Europe’s top competition, but it’s becoming an accurate barometer of where United are at.

There are people on the football side who think it will get worse before it gets better; that Wolves, Everton and Leicester are primed to overtake England’s most decorated league champions in the country.

There will be further cutbacks at the club, just at there were when the team last missed out in 2016/17, and normal workers feel a squeeze more than any wealthy footballer. Attracting and retaining sponsors – the one thing at which United have excelled – becomes more difficult, since brands aren’t readily drawn to a stumbling football team.

United fans are furious. For the sixth consecutive season, their expensively assembled team has failed to launch a title bid. In that time they've finished 38, 17, 15, 24 and 19 points behind the champions. Currently, they trail Manchester City by 28 points. It makes it even worse that City and Liverpool are the top dogs.

Fans still sing Ole Gunnar Solskjaer's name more than any player, and hope he can be the man to reverse United’s fortunes, but there’s an increasing sentiment that the club have appointed the wrong man.

Few complained when he was given the job permanently after a stunning run. It was the same when Alexis Sanchez, Bastian Schweinsteiger or Fred were signed, but United fans have become specialists in hindsight. Bad results cloud everything. There’s not a strong connection between fans and the players who are given chance after chance but fail to perform, and Thursday’s player of the year award will be a non-event to rival their lap of dishonour on Sunday. Soon, they'll hop on the first flights out of Manchester for a summer away from a city some have little connection with.

Two wins from their last 12 games is a wretched record. Fans see no light at the end of a very dark tunnel; United’s mangled recruitment policy means signing new players has been an epic failure for most of this decade.

The under-18s have a dreadful record in the Youth Cup since last winning the competition in 2011. Although United are always prepared to promote inside talent and things are improving below the first team, it’ll take time.

Solskjaer has a monumental job. He puts on an optimistic front, but the mood in the dressing room is poor. The players, who were recruited by three different managers and who have been asked to play four different types of football, are blaming each other for their imminent wage decrease. And none causes so much frustration, disappointment and anger as Alexis Sanchez, the best-paid footballer in the world’s richest league. He is a disastrous flop who looks finished.

After the latest farce on the pitch when Manchester United didn’t look like Manchester United – this time, Sunday’s 1-1 draw at a Huddersfield team who’d failed to take a point off any top-six team this season – Solskjaer said that we wouldn’t be seeing some of his players again. He’s right, but there will be no major cull. It’s too expensive and too difficult to shift too many out. This isn’t Barcelona looking to cash in on Ivan Rakitic, a proven winner, but United looking to offload players who earn so much that they don’t have to move anywhere.

Besides, it didn’t work when Louis van Gaal did it. Instead, Solskjaer will be charged with getting the type of form from his players which he managed when he arrived. One or two will be promoted, most likely centre-back Axel Tuanzebe. The likes of Angel Gomes and Tahith Chong will be sent on loan. Despite desperate, misguided pleas from fans to play the kids, the kids are not ready.

And what of the kids who already came through? Marcus Rashford has stopped scoring and stopped running behind defenders, the very attribute which led coaches to rave about him in the first place. He’s never been a prolific goalscorer. Scott McTominay can be proud of his efforts, but let’s not pretend this is a young Roy Keane. Jesse Lingard’s body of work so far suggests he’s good enough to be a squad player for United and little more – though that’s not to talk down the importance of squad players at a club obsessed by celebrity and name signings.

It’s easy to find fault with almost all of the first team, from those greedy enough to demand the earth for contracts that don’t justify their output, to the woeful all-pervasive levels of inconsistency from everyone else.

How have Manchester United gone from first in the form table while Solskjaer was caretaker manager, to 12th since he got the job permanently?

And yet fans renewed their season tickets in droves before Friday’s deadline. Many threaten to stop going but they renew season after season with admirable loyalty, which is a blessing and a curse. Fan discontent is rising but there was no talk of not going to games after United won in Paris.

If there’s a full stadium every week, then where’s the motivation for changing things from the owners? There’s a belief that the Glazers are content to see the value of their highly profitable asset grow, as it is doing each year. It helps, but it isn’t necessary for the team to be successful. In mitigation, they can say that they’ve sanctioned vast spending on the team – which has failed. They’re also operating against far wealthier rivals than United have ever faced before.

Perhaps a sporting director will sharpen up that side of the operation, but there’s no clarity there and such an appointment should already be in place to plan for next season. There’s also so little faith and goodwill around at present that despondency prevails. This is Manchester United in May 2019.