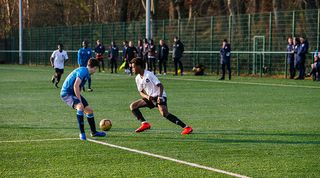 Football at the highest level may be awash with more cash than ever before, but the sport has also seen its greatest boom of late developers over the last decade.

On January 1, 2010 – the first day of the last decade – Jamie Vardy was still six months away from leaving Stocksbridge Park Steels in the Northern Premier League, approaching his 23rd birthday. By the end of the decade, he led the Premier League goalscoring chart for Leicester City, having already helped fire the Foxes to a stunning title victory, played in the Champions League and retired from England duty.

Charlie Austin, Andre Gray, Troy Deeney, Rickie Lambert and Max Kilman all followed similar paths from non-league to Premier League, while young stars currently thriving – Dwight McNeil of Burnley, West Ham’s Declan Rice and QPR sensation Ebere Eze – were picked up later in their youth careers by other clubs. Eze, a standout player in the Championship this season, was dropped by both Fulham (aged 16) and Millwall (at 18) before finding his ideal surroundings to shine at Loftus Road.

The case studies are there. While limited patience at the highest level means clubs want finished articles, ProChance know that young players are very rarely ready-made. Some just need a little more time and another chance to stake their claims in the game.

That’s why ProChance believe they’re onto a vital project, adding value to their industry by working with aspiring players on the outside of professional football – particularly those born from January to August (like Rice and Eze, for example), who need a home to reset and re-energise their minds after release from pro academies.

ProChance’s industry experience and strong contacts within the game mean they can get talented players in front of key decision-makers at professional clubs, arranging regular showcase fixtures against academy teams (as they did in December with a match against Huddersfield, below). By doing so, they hope to offer opportunities for individuals to gain vital experience and exposure at a level akin to the professional game; a rounded experience of the industry by educating individuals for a life within professional football and sport.

ProChance know what professional clubs want, and are actively looking for the next player who is capable of earning a contract at a pro club. If you think you’ve got what it takes, or know someone in such a position, fill in the form here now. Register now* and be first to hear when the next showcase event is coming to your area. Your journey might only be getting started.

For more information, head to www.yourprochance.com

* Please note: this is not a physical event; you are signing up to be notified about dates for upcoming assessment days and showcase events.