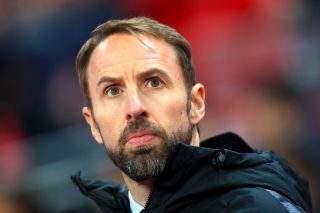 England laboured to a dour Nations League draw in Denmark on Tuesday evening.

Gareth Southgate’s side, who required a late penalty to unconvincingly beat Iceland 1-0 on Saturday, mustered just two attempts on target as it finished goalless in Copenhagen.

Here, the PA news agency looks at five things Three Lions boss Southgate must address ahead of next month’s matches against Wales, Belgium and Denmark.

The #ThreeLions sit second in Group A2 after the opening two games.— England (@England) September 8, 2020

Southgate has seemingly been able to do little wrong in the wake of guiding England to their first World Cup semi-final in 28 years in 2018. But two tedious performances in the space of four days has attracted plenty of criticism from fans and journalists. Social media was full of supporters bemoaning the team’s cautious approach during the stalemate, with #southgateout trending on Twitter. The 50-year-old must bring the dissenting voices back on side by harnessing the exciting attacking talent at his disposal to produce entertaining football.

The build-up to England’s first post-lockdown games was dominated by off-field events. Southgate had to contend with Harry Maguire’s ill-fated holiday to Mykonos, as well as newly-capped duo Phil Foden and Mason Greenwood foolishly breaching bio bubble regulations. After the stalemate in the Danish capital, Foden and Greenwood were warned they must rebuild trust before they can return to the international fold. Meanwhile, Southgate appears to have already made up his mind on the Maguire situation, suggesting he is ready to recall the Manchester United captain next month.

Just too defensive this set-up. Attacking formation but not the players to suit it. Phillips struggling slightly having been given a different role to that which got him noticed by Southgate to begin with.— Mark Mann-Bryans (@MarkyMBryans) September 8, 2020

England’s inability to create in Copenhagen owed a lot to an absence of midfield flair. In addition to picking three central defenders, Southgate opted to go with the defensive-minded midfield pair of Declan Rice and debutant Kalvin Phillips, a move which paid little dividends. The conservative approach against a team ranked 12 places below England often left a sizeable gap to an isolated front three, while providing plenty of ammunition for Southgate’s detractors. Selection options may have been reduced by injuries and ill-discipline but greater inspiration in the centre of the field is undoubtedly required.

Sort out the left flank

Kieran Trippier’s performances as a makeshift left-back and left-sided wing-back were described as “excellent” by Southgate. Many disagreed with that assessment, citing the selection of the right-footed Atletico Madrid man among England’s major issues. The manager admitted after the Denmark game that a left-footed player would have provided better balance but defended his decision due to Ben Chilwell and Luke Shaw being injured and Danny Rose’s perceived lack of form. While Southgate sang Trippier’s praises in public, deep down he cannot be content with attempting to fit square pegs into round holes and will be eager to find a long-term solution.

I get why Jamie vardy retired now, Danny ings has the season of his life and gets 22 mins in two games— Darren Bent (@DarrenBent) September 8, 2020

Captain Harry Kane has deservedly earned his place as England’s main centre forward. Yet the Tottenham man, who has suffered numerous injury problems in recent seasons, is often kept on the pitch when he is clearly tiring, reducing his effectiveness and stifling the opportunities of other in-form strikers. Premier League golden boot winner Jamie Vardy stepped away from international football following a lack of chances at the last World Cup, while Danny Ings – who hit 22 top-flight goals for Southampton last season – was given just 22 minutes over the course of the last two games. Southgate often seems reluctant to substitute Kane but, for the sake of the team and long-term fitness of the player, it is something he must consider.