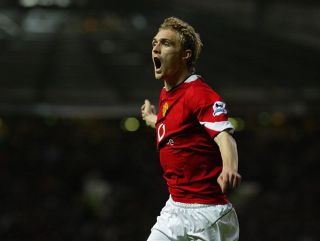 United ended Chelsea’s 40-match unbeaten league run as Darren Fletcher bagged the only goal at Old Trafford. The hosts toasted the 19th anniversary of Sir Alex Ferguson’s appointment, slugging out a win to surprise the runaway league leaders. The victory added a positive note to a difficult week for Ferguson and company, with a Champions League loss to Lille proving a costly frustration.

The Blues retained their Premier League title with a resounding victory over second-placed United. Jose Mourinho’s Chelsea only needed a point to clinch the title, but swiped all three, with William Gallas, Joe Cole and Ricardo Carvalho all on target. Cole’s solo goal especially stood out, as Mourinho’s men gained sweet revenge for that loss at Old Trafford earlier in the same season.

Hosts United scampered into a three-goal lead by half-time, with Chris Smalling, Nani and Wayne Rooney all finding the net. Chelsea paid the price for missing a host of chances, with Fernando Torres the guiltiest party. The Spain hitman struck after the break to reduce the Blues’ deficit, but later somehow managed to fire wide of an empty net having rounded David De Gea.

League leaders Chelsea rallied from a two-goal deficit to be eyeing a draw, only to have both Branislav Ivanovic and Fernando Torres sent off. Super sub Javier Hernandez struck the winner to punish the nine men of Chelsea, and inflict the Blues’ first league defeat of the campaign. David Luiz’s own goal and Robin Van Persie’s strike had put United two goals to the good, before Juan Mata and Ramires hit back for the hosts.

Jose Mourinho suffered a chastening Stamford Bridge return as the Blues battered his United side. The two-time Chelsea boss had lost his Blues job the previous year, and was back on his old stomping ground with United in what proved a bitter homecoming. Pedro kick-started the rout in the first minute, before Gary Cahill, Eden Hazard and N’Golo Kante also got in on the goalscoring act.