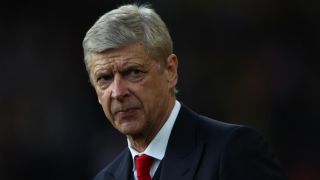 Arsenal boss Arsene Wenger has launched a stinging attack on his detractors, describing some of the criticism as "a disgrace" that he "will never forget".

The Gunners have endured a largely difficult season in the Premier League, with their fifth-place finish ensuring that they missed out on Champions League qualification.

They also suffered a humiliating 10-2 aggregate defeat to Bayern Munich in the last 16 of Europe's elite club competition and a 2-0 home defeat to Southampton in the quarter-final of the EFL Cup.

A growing number of fans have called for Wenger not to be given an extension to the contract that expires next month, with 'Wenger Out' banners appearing at matches and events around the world and airplanes carrying banners both for and against the manager's exit having been flown over The Hawthorns during Arsenal's defeat to West Brom in March.

The 67-year-old, whose side meet Chelsea in the FA Cup final on Saturday in a match that could go some way towards salvaging their season, has been left furious at the manner of his treatment.

"I don't mind criticism because we are in a public job," he told BBC Sport. "I believe there's a difference between being criticised and being treated in a way that human beings don't deserve.

"The behaviour of some people during the season is what hurts me most. It's not my person that is hurt but the impeccable image of the club around the world. That kind of behaviour does not reflect what Arsenal is.

"A strong club is a club that makes a decision. It is wrong that in modern society it is not a question of whether a decision is right but whether it is popular. That has nothing to do with competence. People with responsibility have to make the right decision."