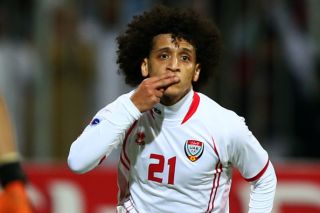 The 23-year-old has reportedly travelled to Spain for treatment - ruling him out of the UAE's clashes.

"He will undergo treatment and an assessment by a specialist there, and we will talk to them again in a few days about the problem.

"We expect Omar will be ready to play again in seven to 10 days.

"We have sent a letter to the UAE FA explaining the situation, and they understand perfectly."

Abdulrahman was originally included in the UAE squad for both friendlies, to be played at Mohammed Bin Zayed Stadium.