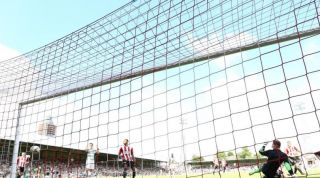 The two teams are set to lock horns in the first leg of the quarter-finals on Tuesday, after clashing during the group stage.

A round later and Al Qadsia, who routed Jordanian club That Ras 4-0 in the round of 16 in May, are preparing to host the Bahraini outfit again, this time for a spot in the semis as they attempt to reach successive finals.

Al Qadsia reached the 2013 final, only to lose to rivals Al Kuwait but they head into the opening-leg tie at the Al-Saqaqua Walsalam Stadium confident of going one step further.

The Kuwaiti powerhouse were crowned champions of the Kuwait Super Cup on Friday after exacting revenge on Al Kuwait, winning 3-2.

That result came on the back of a success in the Premier League, as well as the Kuwait Crown Prince Cup.

Al Qadsia's Super Cup fixture on Friday should bode well for them during the week, considering Al Hadd have not played a competitive match since May, when they trounced Sitra 6-0 in their final league game of the 2013-14 season.