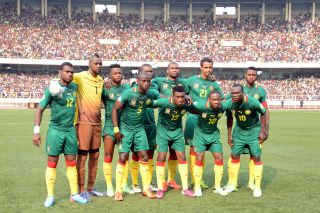 Going into the game in Yaounde, both sides were still able to secure top posiiton in the pool but Aurelien Chedjou’s first international goal in the 42nd minute separated the teams.

Cameroon can now turn their attention to the final round, which will see them take on one of the other group winners in a two-legged tie played in October and November for the right to compete at Brazil 2014.

In Group I's other fixture, Togo picked up their first win of the second qualifying section with a 2-1 success over Congo DR in Lome.

Elsewhere, Benin's hopes of qualification were already gone before Sunday's action and but they rounded off their Group H campaign with a 2-0 win over Rwanda.

Kenya also managed to salvage some pride by beating Namibia 1-0 in Nairobi to pick up their first win in Group F.

Meanwhile, Zimbabwe and Mozambique both ended their schedules without a win in Group G by playing out a 1-1 draw in Harare.