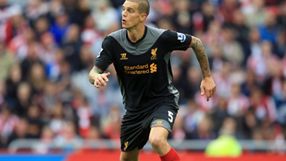 The Denmark international was heavily linked with a move away from Anfield over the summer, with Manchester City a reported suitor for the 27-year-old.

However, Agger has now put to rest any rumours linking him with a possible departure in January after committing his long-term future to the Reds.

"It means everything to me. This is where I want to be and I'm happy the club want me. I am really happy right now. I've never wanted to go anywhere else," Agger told the club’s official website.

"I like the way it is going right now with the style we're playing, and hopefully the results will come soon as well.

"The support from the fans has been unbelievable. The game when they were singing all the songs about me, it was difficult to focus on the game! It was such a good experience for me and I'd never experienced anything like it before.

"That is why I am so happy here. That for me is Liverpool Football Club.

"I feel I belong here and as long as the manager and the owners want me, I'll be here."

Managing director Ian Ayre added: "Daniel's contribution since joining the club in 2006 has been absolutely fantastic and his loyalty to the team is recognised by the deal he has signed today.

"Daniel always made it clear he wanted to stay at Liverpool and we're delighted that he's committed his future to the club.

"We brought in some very exciting players this summer - some of whom chose Liverpool over clubs in the Champions League.

"But it's equally important to retain your most important players and the fact that Daniel has now followed Luis Suarez, Martin Skrtel and Jonjo Shelvey in signing a new contract is testament to the fact that the players believe in what we're trying to achieve here under Brendan Rodgers."