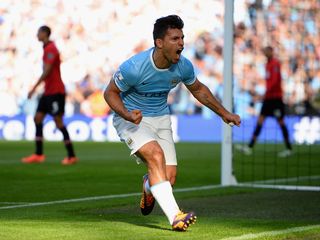 The 25-year-old began his career with the Primera B Nacional side in his homeland before making the move to Europe with Atletico Madrid in 2006, five years before he joined City.

And the striker, who has four goals in six Premier League appearances so far this season, has now revealed that he considered returning to Argentina prior to the start of the new campaign in a bid to help his former club following their drop out of the country's top flight.

"I love Independiente and when they were relegated I even thought about moving back there," he told The Sun.

"I wanted to help the club to go up again. I definitely thought about it, but my agent told me City would have killed us if we had.

"I know my job is at City, I am just saying the thought passed my mind when Independiente went down.

"I've been very happy at City since the day I came but I'm definitely going to back Independiente, in a few years as I want to finish my career there."