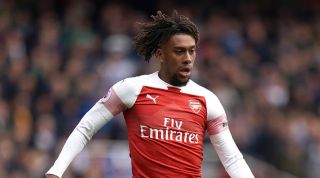 It was reported yesterday that Everton had a £30 million bid rejected by Arsenal for the Nigeria international – but now a successful offer closer to £40m has apparently been accepted.

Everton have agreed a deal to sign Arsenal and Nigeria winger Alex Iwobi for a fee in the region of £35-40m #EFC#AFC— David Ornstein (@bbcsport_david) August 8, 2019

Everton were thought to turn their attentions back to Crystal Palace winger and former Arsenal target Wilfried Zaha, but a deal wasn't possible.

Now Everton have made an improved bid at the eleventh hour that Arsenal have agreed to.

Iwobi had an impressive season in 2018/19, scoring six goals and assisting nine more in all competitions.