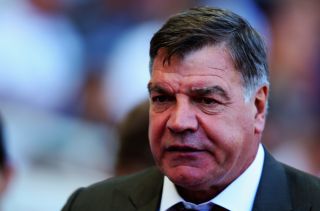 Stoke substitute Jermaine Pennant curled an unstoppable free-kick past Jussi Jaaskelainen in the 82nd minute to hand the visitors the points.

The hosts went into the match having earned four points and two clean sheets from their opening two games, but they never got going at Upton Park and Allardyce cut a frustrated figure afterwards.

"We were a bit more than off colour," he admitted. "I haven't seen us play that bad at home since our arrival back in the Premier League last season, sadly.

"As a group and a squad of players we have started the season very well. The players who competed so well against Newcastle and Cardiff were in the main rested for today's game to continue our good performances and elaborate on that. Unfortunately we got the opposite.

"The only credit for me is the back four and goalkeeper. We limited Stoke today very well, but unfortunately it wasn't enough to get that all-important clean sheet again, but the front six in terms of creativity really wasn't there."

With Andy Carroll again missing through injury, Modibo Maiga started in attack but was rarely involved in the play, though Allardyce does not expect any new signings.

He added: "I understand why you say it (Carroll is injury prone) because he had three injuries last year, but it's a bit naughty to say that. Unless anyone gets sold, we don't have any money to spend.

"We've got about 48 hours to go (until the transfer window shuts). You can't move somebody out unless you have somebody coming in. Timing is critical."