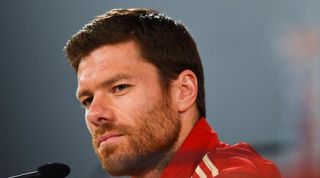 Alonso was part of the squad that disappointingly exited the World Cup at the group phase in Brazil earlier this year.

And it appears that will be his final act in the international arena, with the Real Madrid man confirming his decision via his official Twitter account on Wednesday.

He posted: "I announce my retirement from international football.

"It's been an enormous honour for 11 great years. Sincere thanks to everyone involved."

Alonso calls it a day having represented his country on 114 occasions, scoring 16 goals.

The 32-year-old will be remembered as a key component in one of the greatest international sides of all-time as he helped Spain to three successive tournament successes.

Indeed, Alonso played an important role in his nation winning the Euro 2008 and 2012 either side of a World Cup triumph in 2010.