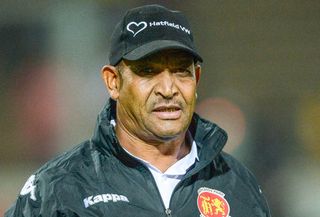 The 64-year-old coach has been at Highlands Park as an assistant and head coach since 2015 before parting ways with the Lions of the North for Usuthu.

Freese will now take over from Moeneeb Josephs and will be assistant coach to newly-appointed head coach Ayanda Dlamini, who recently signed a three-year deal after saving the club from relegation.

AmaZulu has since released the following statement on Freese’s appointment:

‘AmaZulu FC are delighted to confirm the appointment of Allan Freese as Assistant Head Coach for the club’s first team.

‘The former Highlands Park and Platinum Stars manager has joined Usuthu on a permanent basis.

‘He’ll take over the reins from Moeneeb Josephs as second fiddle to the newly appointed head coach, Ayanda Dlamini.

‘Freese started his journey in football as a versatile left-sided player, which saw his talent deployed by the likes of Orlando Pirates and Benoni United.

‘The 64-year-old then made the step up to coaching, after obtaining his level three South African Football Association qualifications.

‘In 2013 he joined Platinum Stars before making the switch to Highlands Park FC in 2015, where he served as the Head of Development.

‘Freese was quickly snapped up by Royal Eagles and appointed as Head Coach, where he lead them to promotion from the National First Division in 2017-18.

‘Following his success, Highlands Park were quick to rope him back into the club, this time as an assistant to then Head Coach Owen Da Gama.

‘Together, they earned promotion into the Premier Soccer League having broken several records along the way.

‘During the 2018-19 top flight campaign, Freese and Highlands Park found themselves in unprecedented territory, as the club finished the season in 7th place.

‘Freese, who was born in Estcourt, KZN, is familiar with the expectations of AmaZulu and it’s fanbase. With a firm understanding of the club and its ethos, Freese has aligned himself with the aspirations of Usuthu.

‘We welcome him with open arms and wish him every success along his journey.’