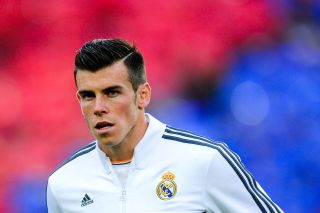 The Welshman joined the Liga giants in a reported world record €100 million deal in September, ending a six-year stay with Tottenham in the Premier League.

The 24-year-old has been plagued by injuries since moving to the Bernabeu, with a persistent thigh problem limiting him to six appearances in all competitions so far.

His latest outing came in Real's disappointing 2-1 defeat to rivals Barcelona in the first Clasico of the season on Saturday, a match in which Bale failed to have an impact.

But while Ancelotti is aware that Bale has yet to show his undoubted potential in Spain, he says that it will take time for the player to become accustomed to his new surroundings.

"The problem the player has is of adaptation. It's not the same to play in Spain as in England."

Ancelotti drew criticism after the defeat to Barcelona for employing Sergio Ramos in a defensive midfield role.

However, the Italian defended his tactical decision, although he conceded that his side must improve if they are to challenge for major honours come the end of the season.

"If the game was played tomorrow, Ramos would played in midfield again," he continued.

"We've changed a few things and we're trying to play with more possession.

"The way we're playing at the moment, we won't be able to win La Liga or the Champions League."