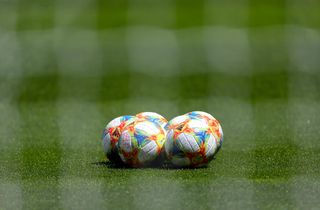 Angola marked their first appearance in the Africa Cup of Nations since 2013 with a well-deserved point against Tunisia in Group E.

Angola head coach Srdjan Vasiljevic believes his side are ready to cause a surprise in the tournament and they look more than capable of doing so after recovering from going a goal down in sweltering conditions in Suez.

Wilson Eduardo had the best chance in the first half for Angola but dragged his volley wide in the 20th minute before Tunisia took the lead just after the half hour from the penalty spot.

A swift break ended with Naim Sliti cutting inside and being brought down by a reckless sliding tackle from Paizo, with Youssef Msakni making no mistake from 12 yards.

Tunisia appeared content to sit on their lead and were made to pay in the 73rd minute when Mateus’ tame shot was palmed by goalkeeper Farouk Ben Mustapha into the path of Djalma, who had the simple task of side-footing the ball into an empty net.

That at least sparked Tunisia back to life and former Sunderland player Wahbi Khazri curled an effort narrowly wide before Msakni shot straight at goalkeeper Tony Cabaca in the first minute of injury time.