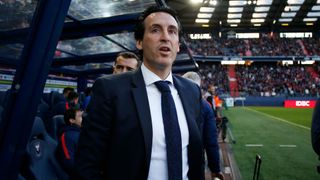 Arsenal have refused to comment on suggestions Unai Emery has been selected as Arsene Wenger's successor.

Reports in the British media on Monday claimed the Spanish coach, who recently left Paris Saint-Germain after two seasons in charge, had agreed to take over at the Gunners.

However, when contacted by Omnisport, Arsenal declined the opportunity to corroborate the reports.

The north London club is seeking a replacement for Arsene Wenger, whose 22-year tenure came to an end this season.

However, according to the UK press, the Spaniard's interest in the position has cooled, and Emery has since been touted as the man most likely to try and fill the huge void left by Wenger's departure.

But the 46-year-old failed to end the club's wait for Champions League success and PSG were also usurped by Monaco as domestic title-winners during his first campaign in charge.

Emery is also believed to have endured a strained relationship with superstar forward Neymar, acquired from Barcelona for €222m in August.

Wenger's successor will be charged with trying to restore Arsenal to regular Champions League qualification and Premier League title contention, the Gunners having now missed out on elite continental competition in back-to-back campaigns.

Arsenal have not won the Premier League title since 2003-04, and, despite the arrival of Pierre Emerick-Aubameyang and Henrikh Mkhitaryan in January, they face a tough task closing the widening gap on the likes of Manchester City, Manchester United and Liverpool, as well as London rivals Chelsea and Tottenham, having finished sixth in Wenger's final season at the helm.